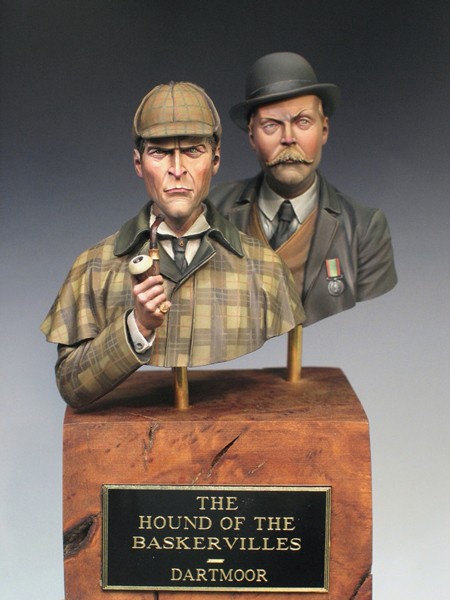 Sherlock Holmes personifies the archetypal detective. An eccentric investigator who masterly uses his deduction ability to solve even the most challenging cases. Among his talents we can include being an apt shooter and fencer, to master the martial arts and disguises, being an expert in chemical substances and an accomplished violinist. Besides all that, when he is accompanied by Dr. Watson, his friend, there is no mystery that can escape their insight.

The character created by Sir Arthur Conan Doyle first appeared in 1887 and soon became a huge success. His universal popularity caused that lot of details about him became true icons in popular culture and classic Victorian aesthetical elements. Curiously enough, some of these elements were not created by the author himself, but by Sidney Paget, the artist who illustrated Holmes’ stories for The Strand magazine. This artist had a lot to do in the image of the character, as he included the iconic deerstalker cap and the Inverness cape. He even got inspired by his brother Walter for the likeness of Holmes.

In our version, we got inspired for the likeness of the famous detective in these original illustrations, trying to get a more literary than cinematographic look. For the portrait of Dr. Watson, we decided to inspire ourselves in Arthur Conan Doyle to pay a small homage to the author, whose alter ego was Watson himself, as he is the narrator of their adventures.