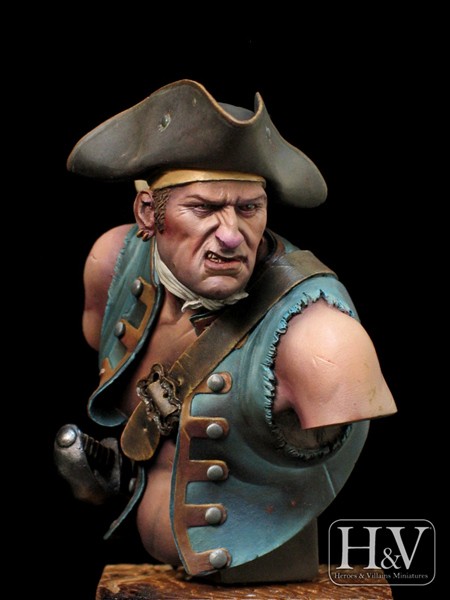 Even if piracy has existed since Ancient History, this activity reached some kind of “golden age” in a certain political, geographic and temporal context, the maritime traffic between America and Europe from XVI to XVIII century.

Despite all efforts from the western powers to try to put an end to this unlawful business, countless seaman, soldiers, and all sorts of adventurers inspired terror at the coasts of the New World, attacking sea and land objectives in order to get some loot. Sometimes these actions were private enterprises and sometimes they received support from one or other nation in the context of the diverse European wars and conflicts of the era.

Pirates came to a point where they even founded small colonies ruled by their own codes and whose ports served as supplying points and for recruiting new crews. That was the case of the famous island of Tortuga, that experienced a height at the end of XVII century, under the leadership of the fearsome Brethren of the Coast.

The Brethren was composed by various nationalities captains that usually had letters of marque that allowed them to assault targets in a legal way.

Our bust is based on one of those though men, a buccaneer, possibly on the service of the dreadful captain Henry Morgan, famous due to his adventures and for being the one who mainly established the famous conduct codes of this pirate brethren.