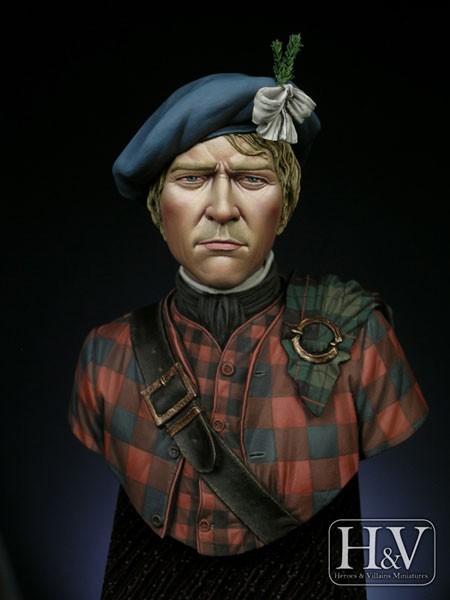 In 1746, at Culloden Moor, was fought the last battle of the “forty-five”, the third and last jacobite uprising that ended up with the total defeat of Prince Charles Edward Stuart's cause.
The Jacobite army, mainly formed by Scottish Highlands clans, faced a British task force that was almost double in number and included artillery, cavalry and much modern weaponry. Tired and hungry after a long night march, the Jacobites entered scattered in the battlefield and, in spite of their courage, their disorganized charges and the superiority of the enemy caused a total defeat.

After the battle, the Duke of Cumberland ordered the execution of all the Jacobite prisoners and wounded. Most of those who managed to escape emigrated to the colonies to avoid the repression, that included details such as the pipes, regarded as “weapon of war”. Culloden Moor is, until today, the last battle fought in British soil.
In our version, we have tried to portray the typical outfit of a Jacobite highlander, including a couple of heads and some minor options that we hope may offer a wide array of possibilities of building and painting.