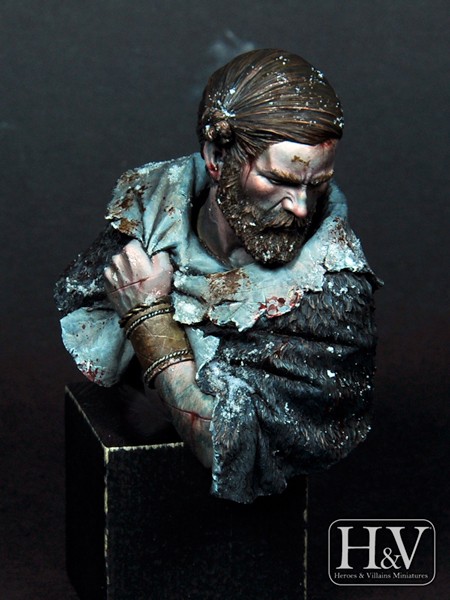 The Germanic were a group of people native to Northern Europe that settled during the Iron Age in a wide area of Central Europe, roughly in the vast territory that goes from Gaul to Sarmatia. Romans were the first ones to name them that way, probably from the Gallic name used for the dwellers of the eastern bank of the Rhine.

Few years before the birth of Christ, the Roman Empire started a series of expansion campaigns in Germania, crossing the Rhine frontier and reaching the Elbe, subduing the Germanic tribes that lived in that area. After some years in which they apparently advanced in conquering and pacifying those people, Arminio, a Cherusci chieftain, persuaded Varus, the Roman governor, to move his troops through the dense Teutoburg Forest so he could put out a revolt. Inside the woods, the three complete Varus’ legions were annihilated by a numerically superior force of allied Germanics.

The Battle of Teutoburg Forest, in AD 9, was a severe setback for the Rome’s interests in Germania and a huge blow to its moral. Although they launched several punishment and conquest campaigns, none of them took hold, and the frontier of the Empire finally got established in the rivers Rhine and Danube, until centuries later, the Germanics crossed it in the other direction.

In our version, we wanted to portray an attire that showed the hard life conditions of those people, trying also to point out a couple of aesthetical elements of their culture; one is the bronze armband, as they had remarkable goldsmithing skills, and the other one is the typical hairdo, known as the “Suebian knot” that already was described by the Roman chronicler Tacitus as a symbol used to tell the free men from the slaves.