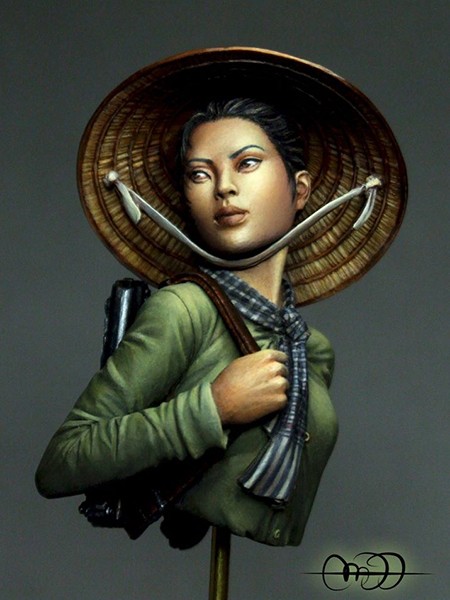 The Tet Offensive was one of the largest military campaigns of the Vietnam war, launched on January 30, 1968 by forces of the Viet Congad North Vietnamese Army against the forces of South Vietnam, the United Statess, and their alliess. It was a campaign of surprise attacks against military and civilian commands and control centers throughout South Vietnam.

The figure is inspired by one of those women who fought in this war.