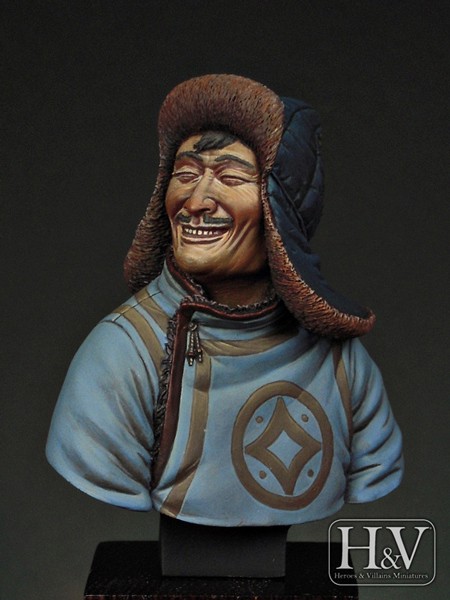 Number of parts of the kit: 2

For Asia and Eastern Europe, the coming of the Mongols was probably the most decisive historical incident of the Middle Ages. It was the most extended continuous empire in history and around a quarter of the world population of that time lived in it.

After the nomad tribes unification on 1206 under the leadership of Temujin, who would be known as Genghis Khan since then, the Mongol armies started a quick world conquest campaign that led them to launch attacks to regions as far away as Hungary, Korea or Palestine.

The success of the conquest campaigns of this people was due to a large extent to two factors. First, they had a quick and efficient communications system, very important when they needed to cross huge distances in enemy territory. Second, their army was composed almost exclusively of cavalry equipped both for combat and facing the long trips or the adverse weather conditions in an effective and self-sufficient way.

Their short bows were strong enough for shooting arrows capable of piercing armor. That, together with the ability of shooting on movement from the horse, made them fearsome adversaries for those armies used to more conventional tactics.

Our bust is based on one of those Mongol riders and can be decorated in diverse ways to portray diverse textures.