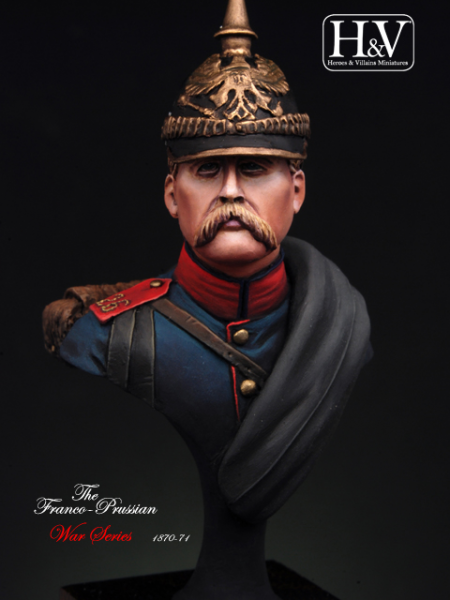 With this new figure, we are pleased to announce the start of a New Line of H&V, based on the Franco-Prussian conflict.

This line features with 1/16 scale busts, sculpted by Antonio Meseguer and painted by Pepe Gallardo, known to us all.

Special thanks to them.

The Franco-Prussian War was the largest conflict that was fought in Europe after the Napoleonic Wars and before WWI, ended with the victory of Prussia and his allies.

Dress the typical uniform of the Prussian infantry, which will present most of the German troops. Prussian blue jacket, gold buttons, with bright red neck.